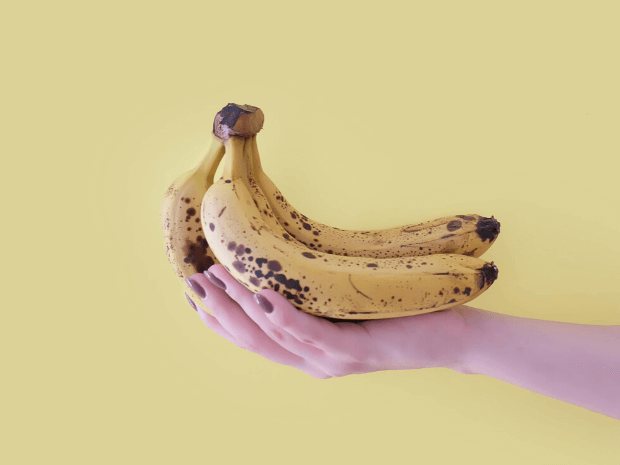 Are We Genetically Similar To Bananas And Why Is This Important For Research In Disease?

‘How related are humans to bananas’ is one of the most commonly googled questions - and some answers say it is as high as 50%. How can this be, we hear you ask? Well, it’s not exactly true. Here’s why:

If we start with the human DNA sequence, only about 2% of our DNA is made up of genes, which code for proteins. 10-20% of DNA is made up of regulatory elements, which are parts of the genome that control how genes are switched on or off. Finally, the last 80-90% of DNA we have is unlikely to code for anything at all - it’s basically junk. Back to the question on similarity between humans and bananas - overall, the vast majority of human DNA is very different to bananas. However, if you just look at the 2% of DNA corresponding to protein-coding genes, there is a pretty high degree of similarity between them; which is where the 50% comes from.

Are we genetically similar to plants then?

To put this question into perspective, we’ve got to understand that there is only one type of DNA and all creatures and plants on this planet have it. This DNA is made up of a combination of only four bases; adenine (A), thymine (T), cytosine (C), guanine (G). These bases code for amino acids which form proteins, so it’s not surprising that all animals and plants have many of their genes in common.

Overall, there are a lot of similarities between all the living things on earth. For example, the way we respire or replicate DNA across species is almost universal and there are dozens of enzymes associated with this process alone. Each one of these enzymes is a protein and each protein is built from instructions encoded within DNA. If we compare DNA side-by-side between humans and any plant species, we find many overlapping segments encoding instructions for these essential proteins.

What about other animals?

We’re much more similar to other animals than we are to plant species. That’s because animals and plants diverged much earlier from basic microbial life on earth. According to the latest research, all life on Earth evolved from a single-celled organism that lived roughly 3.5 billion years ago.

A recent article in the New Scientist disclosed that the earliest ever animal fossil is a 660-million-year-old-sponge. Sponges were probably one of the earliest animal groups to evolve, followed by all the other ancestors of everything that exists on the earth today.

Huge changes in climate and environment, as well as natural disasters, have had a massive impact on the genetic information available on the planet and the creatures who inhabit it. For example, the earth was the domain of the dinosaurs for at least 230 million years but about 66 million years ago, all nonavian variants suddenly disappeared. Why this happened is still a mystery but some mammals, birds, small reptiles, fish and amphibians did manage to survive. However, it’s believed that a massive three-quarters of life on earth did not.

The birds we see today evolved from a group of meat-eating dinosaurs called theropods about 150 million years ago - which, surprisingly, is the same group that the T-rex belonged to! These ancient birds looked quite a lot like small, feathered dinosaurs and they had much in common. Their mouths still contained sharp teeth but over time, birds lost their teeth and evolved beaks. Even so, it’s estimated that we share about 60% of our genes with some birds, including chickens.

The mass extinction of dinosaurs made room for mammals to take over the ground and eventually evolve into the large selection of animals we see today, including apes and humans. Now, our species shares 44% of our genes with fruit flies, 92% with mice and over 98% with chimpanzees!

The first Neanderthal fossil was found in 1856 in the Feldhofer Cave of the Neander Valley near Düsseldorf, Germany. Since then, we’ve learned through carbon dating that Neanderthals lived in Eurasia 200,000 to 30,000 years ago.

Neanderthal’s appearance was very similar to our own, which made classification of early findings difficult. However, there were a few key differences in their physiology compared to modern-day humans. Archaeological evidence and DNA analysis suggest that Neanderthals shared the Earth with other human species, including Homo-sapiens, and even interbred with us - making their classification and extinction timeline a little bit more challenging to define.

You may have also heard that humans share 99.9% of DNA with one another and this one is actually true. If you cross-compared two people, they’d probably only be different in about 1 in every 1000 bases. The only bit of mistruth to this is that we also have some larger-scale differences. So, one person may be missing a chunk of DNA and another may have an extra bit somewhere else in their genome, etc. However, if we look at just single base changes, we are about 99.9% similar to other humans.

Why is this relevant to how we diagnose and treat disease?

As you might imagine, the DNA that is nearly identical between apes, mice, fruit flies, and even bananas serves a very important purpose. This DNA is called ‘evolutionarily conserved’ and these DNA are, on average, much more likely to cause disease when they are mutated. For example, the Dystrophin gene is the longest gene in the genome, and genetic changes to this gene can cause Duchenne Muscular Dystrophy and Becker Muscular Dystrophy. The amino acid sequence of the human Dystrophin gene is 91% identical to the sequence in mice.

Learning about this key type of DNA as well as understanding others we share cross-species is helping us to treat disorders and learn more about specific genes and what they influence. For example, The Vertebrate Genomes Project was set up specifically to further our understanding of genetics to aid conservation efforts as well as our fundamental understanding of biology, which could lead to better understanding or treatment of genetic disease. Projects like these will inevitably help shape the future of genetic research and hopefully provide answers for why many genetic conditions occur and how we can treat them better.Join the Sano Community

Get to know the Neanderthals

Neanderthals are our closest extinct Human relatives. How they fit into our genealogy is still up for debate but either way, these long lost cousins of ours are often misunderstood.