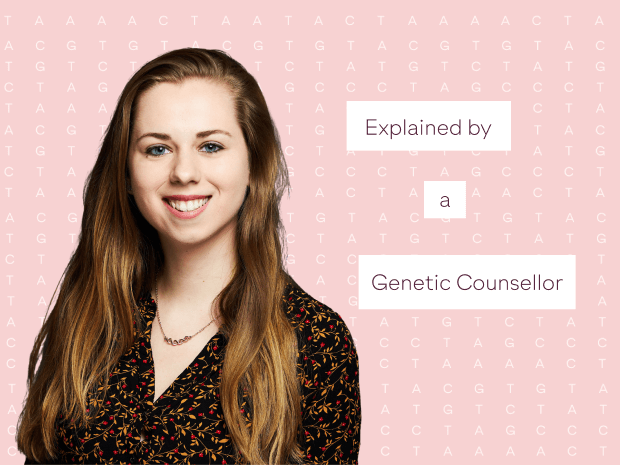 How much of my DNA is unique?

Genetic counsellor Kira Dineen explains how we can all be unique when we share 99.9% of our DNA.

You share on average 99.9% of your DNA with other humans, which leaves only 0.1% to be different. So how does that 0.1% account for the beautiful diversity of the human race?

Our genome, the entirety of the human genetic code, is 3 billion letters long - the equivalent of 200 hundred telephone books (remember those?). The genetic alphabet is composed exclusively of As,Ts, Cs and Gs (the chemicals adenine, thymine, cytosine and guanine) which comprise the base-pairs that make-up our DNA. Everybody’s genome, or set of telephone books, consists of the same number of books, chapters, and paragraphs. The differences are at the level of the words, particularly in the spelling - the order of those As,Ts, Cs and Gs. For example, as an American I spell “genetic counselor” with one “L”, however in places like Canada and the UK it’s spelled with two “L”s (I’ve had fun using the British spelling for this blog series!). While both spellings are correct, they are different - which is a good analogy for the macro level of genetic variation in humans!

Two strangers will have about 3 million differences in the spelling of their genomes (out of the total 3 billion letters). These genetic variants are known as “single nucleotide polymorphisms” or SNPs, where individuals have a single letter difference at the same position on their genome. But if we share 99.9% of our genetic code with strangers, how can we only share 50% with our siblings?

The concept of shared DNA differs depending on what DNA you are comparing. When comparing our whole genome, all 3 billion letters, we share 99.9% with any fellow human. However, we can also analyse shared DNA by narrowing our scope and only comparing the 3 million spelling differences (genetic variants) we know exist between individuals. Of the 3 million differences, on average we share about 50% of those with our full siblings (siblings who share the same two biological parents). An interesting study, brought to my attention by New York Times columnist Carl Zimmer in this episode of DNA Today, shows that full siblings have been identified as sharing as little as 37% or as many as 65% of those genetic variants. This would make a pair of siblings genetically closer to first cousins or twins respectively!

The level of genetic variation between siblings all depends on how we inherit DNA from our parents, a process known as genetic recombination. During the creation of an embryo, 50% of DNA is inherited from the egg (mother) and 50% from the sperm (father) - however, which pieces of the genetic puzzle are inherited from each parent is down to a randomised shuffle; recombination! If two siblings end up inheriting many of the same pieces of DNA they will have greater genetic similarity than if they inherit mostly different pieces of DNA.

Most SNPs (genetic variants) are neutral differences in DNA similar to the different ways to spell “genetic counsellor”- both spellings have the same meaning. However, not all genetic variants are neutral. If the word “blog” was misspelled to “blop” a reader may not be able to understand what it means. Even just a one letter error in our genetic code can be harmful if the body is not able to understand the change. In these cases, the error could lead to a genetic disorder.

A few such disorders are sickle cell disease, cystic fibrosis, phenylketonuria (PKU) and Tay-Sachs disease. Tay-Sachs is a devastating disease caused by inheriting a single genetic error from each parent. (In a future blog post, we will explore more about screening for these conditions, so stay tuned.) The genetic error makes the code unreadable, like changing “blog” to “blop”. Normally, the body can read and understand an important piece of genetic code which tells it to break down a toxic chemical. When the code is unreadable, the body isn’t instructed to break that chemical down. Instead, a toxic build-up occurs in the brain and spinal cord, destroying the neurons which make-up the information highway that enables the brain to communicate with muscles. Infants with this condition lose the ability to sit or crawl. Sadly, the condition worsens as the toxic chemical continues to build, leading to seizures, vision loss, the inability to move and early death. This is all caused by the genetic letter change, which highlights how important one letter can be, even though our genetic code is written with 3 billion.

PKU is also a metabolic disorder like Tay-Sachs, however life expectancy is not shortened, in fact symptoms can be prevented altogether. It is also caused by inheriting a single genetic error from each parent. This genetic misspelling is similar to Tay-Sachs as the body is not able to break down a specific protein (phenylalanine) in the body. Instead phenylalanine builds up in the brain leading to symptoms like seizures, intellectual disability, and psychiatric disorders.

By identifying the genetic error it is possible to preventively treat this condition and patients can have little to no symptoms throughout their lives. That’s the power of knowing our genetic differences and tailoring treatment accordingly. The body acquires phenylalanine from our diet, so by limiting the amount of that protein a person eats, it’s possible to prevent it from reaching toxic levels and therefore stop symptoms from developing.

How do we know to test for PKU before symptoms appear? About 1 in 10,000-15,000 babies in the UK and US have PKU. This may not sound common, but it’s frequent enough that all newborns are tested after birth (unless parents opt out) in the US, UK, and other developed countries. In fact, PKU was the first condition included in newborn screening which led the way for many other conditions to be added to this list. Most of these conditions are treatable, like PKU, where a diagnosis means medical intervention can change that baby’s life. This is just one area of screening that allows people to change the destiny of their genes, a concept I will explore further in the December installment of ‘Explained by a Genetic Counsellor’.

Genetics and the future of precision medicine

The genetics of immune conditions

As part of a new blog series, genetic counsellor Kira Dineen explains the role of genetics in immune conditions.

What is genetic risk?