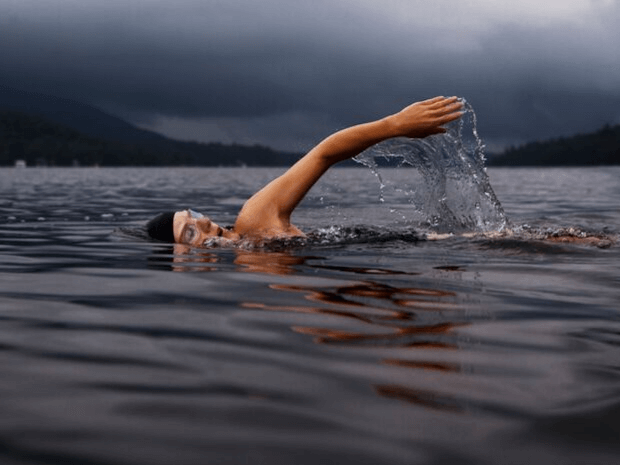 Weird and wonderful mutations in humans

They might not be X-men but these mutations really are superhuman.

Mutations are changes that happen in someone’s (or something’s) genetic sequence and are the main cause of diversity amongst living things. These mutations can happen at many different levels and can therefore have wildly differing consequences. Although most genetic mutations cause very minute differences, over time or through selective breeding they can become more intense.

In this blog we’ll talk about several almost-superhuman mutations that have popped up in individuals or populations around the world.

Mutations are changes that happen in someone’s (or something’s) genetic sequence and are the main cause of diversity amongst living things. These mutations can happen at many different levels and can therefore have wildly differing consequences. Although most genetic mutations cause very minute differences, over time or through selective breeding they can become more intense.

In this blog we’ll talk about several almost-superhuman mutations that have popped up in individuals or populations around the world.

Who needs 8 hours of sleep?

Definitely not those with this mutation in the hDEC2 gene! These individuals can feel completely rejuvenated and get all the benefits of sleep from just 4 hours each night. Finding specific mutations like this mean that short-sleeping habits can run in the family and it’s thought that roughly 1% of the population have this “short sleeper” genotype.

However, Lydia Ramsey from the business insider warns that being a short sleeper is currently classified as a sleep disorder, even though there appears to be no negative side effects, because we simply don’t understand the condition enough. On the other hand, many people may think they can get by on next to no sleep at night but in reality, they may not be true short sleepers - just chronically sleep deprived.

HIV, or human immunodeficiency virus, uses the CCR5 protein as a doorway into human cells. About 1% of Caucasians, and even less people of other ethnicities, have a genetic mutation that disables their copy of the CCR5 protein. This makes it extremely unlikely that the person will contract HIV because it simply can’t enter their cells.

However, people with this mutation are resistant and not immune to HIV because, unfortunately, some unusual strains of the virus have figured out how to use proteins other than CCR5 to invade cells. Scientists have also found that people with two copies of the defective gene are most resistant to HIV, though currently that’s still very rare.

All the colours in the rainbow

Humans have relatively advanced colour vision compared to other animals, which has served us well as hunters and gatherers by enabling us to spot fruits and berries. We have three cones in our eyes which determine how we perceive colour. When someone is ‘colour-blind’ one of these cones is disabled. Colour-blindness is much more common in males because the genes responsible for detecting green and red are found only on the X chromosome (Males have X and Y and females have XX).

According to a study published in the Journal of Vision, roughly 12% of women have a mutation which, unlike in colour-blindness, it increases the range of colours a cone is able to detect - giving the woman a sort of “super vision” where she is able to detect an increased range of colours, undetectable by most people. Scientists have officially labeled the condition tetrachromacy.

When we get older, we can face a loss of bone mass and density if we get a common condition known as osteoporosis. This can cause our bones to become more brittle and easily broken, as well as giving us a hunched spine. However, a gene found in the Afrikaner population (South Africans with Dutch origins) has been found to have the opposite effect.

This mutation in the SOST gene controls a protein called sclerostin which regulates bone growth. It causes people to gain bone mass throughout their lives rather than lose it. This can be really beneficial for those who inherit just one copy of the gene but if someone inherits two, it has some pretty serious negative consequences; it can cause severe bone overgrowth, gigantism, deafness, facial distortion and even early death.

Using what they’ve learned from this SOST gene in the Afrikaners population, scientists are trying to find ways to reverse osteoporosis and other skeletal disorders which would benefit the human population world-wide.

Are you incredibly fussy or do you have super taste buds? You could be part of the 25% of people who taste food more intensely. A variant known as PAV in the TAS2R38 gene is the reason these people have a more advanced taste system. Research has shown that these ‘supertasters’ are more likely to avoid fatty foods and put milk and sugar in bitter coffee. This is because the gene TAS2R38 is centred around how we perceive bitter tastes. On the other hand, the variant responsible for below-average tasting abilities is known as AVI - bitterness probably doesn't bother you too much if you carry this variant.

If you’re brave enough to open your eyes while swimming, you might have noticed that everything tends to be a bit more blurry down there. This is because water has a similar density to the fluid in our eyes, which limits the amount of refracted light that can pass into the eye.

However, this isn’t a problem for the Moken people who appear to have pretty clear vision underwater - even at depths of up to 75ft! Researchers believe that this innate capability has something to do with the fact that the Moken spend eight months of the year on boats or stilt houses, barely returning to land at all. They use traditional methods to fish and gather from the ocean and sea floor. Through repeatedly completing these tasks, their eyes are now able to change shape underwater to increase light refraction. This incredible ability means they can distinguish between ordinary rocks and edible clams very easily, even at depth.

If you find yourself saying this a lot, you could have a super pain tolerance! Some research has shown that people with red hair have a higher tolerance for stinging pain and are even better at handling spicy food! This high pain tolerance is suspected to be caused by a variation in the gene MCR1, which reduces melanin production - and can produce red hair.

On the other hand, individuals with this mutation are also less responsive to anaesthetics that are injected under the skin, so it’s probably a good thing their pain threshold is higher!

Mutations like these are the reason we evolve as a species. Not so long ago, a single human had a mutation that gave them the ‘superpower’ to drink cows milk as an adult and not get sick. Now over a third of the whole human population have this ability.

Researchers have shown that every time the human genome duplicates itself it creates about 100 new mutations. Most of these won’t give us any superhuman abilities but with so many billions of mutations happening every day, all around the world, chances are, one just might.

Get to know the Neanderthals

Neanderthals are our closest extinct Human relatives. How they fit into our genealogy is still up for debate but either way, these long lost cousins of ours are often misunderstood.