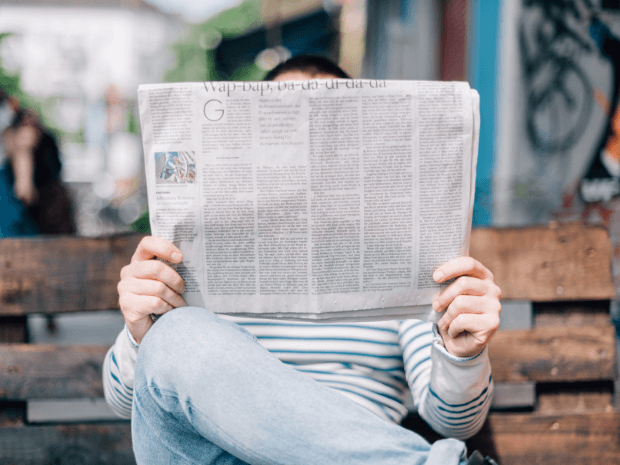 Here’s the rundown on the top genetics news stories from around the world in August 2019.

You can also find out more information and opinions on these news stories in our new podcast episode where CEO Dr Patrick Short dissects and discusses each one.

You can also find out more information and opinions on these news stories in our new podcast episode where CEO Dr Patrick Short dissects and discusses each one.

On the 29th of August, The largest study to date on the genetic basis of sexuality was published in Science. This study was based on a massive 500,000 genomes and the findings shore up the results of earlier, smaller studies which confirm the suspicions of many scientists: while sexual preferences have a genetic component, no single gene has a large effect on sexual behaviours.

All the genomes that were used for the study were sourced from the UK Biobank research programme and the consumer-genetics company 23andMe. The research found that there were five spots on the human genome that can be linked to same-sex sexual behaviours. However, the study didn’t include all sexual and gender minorities like transgender people or intersex people so the results may not apply to the extended LGBT+ population.

In addition to this, although the researchers identified some SNPs involved in same-sex sexual behaviour, it doesn’t mean that everyone who has these combinations will be homosexual. There would need to be further research into what each of the genetic variants do - for example, one of the SNPs is near a gene related to smell, which may have a role in sexual attraction but it’s not certain what role that actually is.

Last week, the shocking story that sick migrants undergoing lifesaving care can now be deported hit the NY times. Without any public announcement, the United States Citizenship and Immigration Services eliminated a “deferred action” program this month that had allowed immigrants to avoid deportation while they or their relatives were undergoing lifesaving medical treatment.

The story talks about the life of Maria Isabel Bueso and how she feels this change in policy is essentially “a death sentence”. The policy change is the latest in a series of moves by the Trump administration to revoke or modify procedures that have allowed certain immigrants to remain in the United States on humanitarian grounds.

America might also face a loss of valuable data because of this policy amendment. These individuals often play vital roles in clinical trials, which are used to improve healthcare in the US, as well as overseas. In the article, Maria Isabel Bueso tells the story of how she came to the US at the invitation of doctors almost 20 years ago. Back when they were conducting a clinical trial for the treatment of her rare, disfiguring genetic disease. The trial was short on participants, and thanks to her enrollment, it eventually led the Food and Drug Administration to approve a medication for the condition that has increased survival by more than a decade. Since then, she has participated in several medical studies and won awards for her advocacy on behalf of people with rare diseases. Over the years, her parents have paid for the treatment that keeps her alive with private medical insurance. Without patients and volunteers like Maria, the USA may struggle to make as many breakthroughs in rare genetic disease treatment.

The FDA is getting stricter on pharmacogenomic tests

The US Food and Drug Administration last month intensified regulatory actions against labs offering pharmacogenetics services without premarket clearance or approval in an apparent attempt to prod more firms to submit their tests for regulatory review.

Industry players have revealed that the agency's communications have been vague, lacking specific guidance as to what companies should do to come under compliance. As a result, most labs are scrambling to decipher regulatory expectations, and in the interim, companies are reporting only PGx variants detected in patients and removing any mention of drugs or drug classes from their online marketing materials or lab reports.

This tightening of regulations is causing a lot of confusion in the pharmacogenomic sector. Particularly because the letters the FDA are sending to labs about the changes in regulation are bafflingly unhelpful. The article reads “The letter labs are receiving contains no guidance as to what specific actions they must take to make PGx testing compliant under FDA regulations”. This is causing a lot of uncertainty for pharmacogenomic companies and researchers because "Nobody can survive the full weight of the FDA. If they wanted to make your life miserable or shut you down, they would," an executive said. Hoping to avoid further difficulties, labs can expect to provide extensive information about their test and even consider filing for 510(k) clearance.

Alzheimer’s disease is a progressive neurodegenerative disorder and the most common untreatable form of dementia. A study published at the end of August has discussed a new model and strategy to study the epigenetic alterations underlying Alzheimer’s onset and progression. Identifying molecular biomarkers that allow early detection remains a key challenge in the diagnosis, treatment, and prognostic evaluation of the disease.

The study reads: "We identified 27 AD region–specific and 39 CpG site–specific epigenetic signatures that were independently validated across our familial and sporadic AD models, and in an independent clinical cohort. Thus, our work establishes a new model and strategy to study the epigenetic alterations underlying AD onset and progression and provides a set of highly reliable AD-specific epigenetic signatures that may have early diagnostic and prognostic implications."

Research in genetics is happening every day and these news stories show how scientifically and socially the world is moving forward - for better or worse. Either way, it’s always best to stay in the loop. For more regular updates, make sure you follow us on Twitter, Facebook & Instagram where we post almost every day.

How genomics is influencing treatment of depression and other mental health conditions.

AncestryDNA, 23andMe, and MyHeritage have a combined total of over 15 million consumers’ genetic information in their database. All of these companies allow customers to download their raw data and there are hundreds of companies offering to re-analyse your data to give you even more information about your health or ancestry.