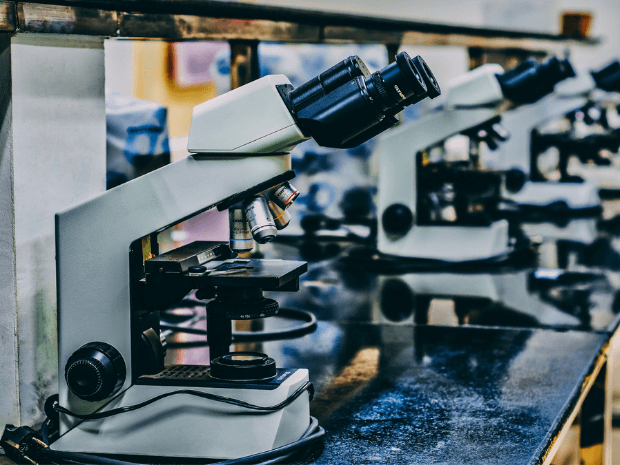 Lasse has been working on genome wide association studies for over 15 years but in addition to his research in psychiatric conditions, he also runs a website called impute.me that allows people who have already had their DNA sequenced by company like Ancestry or 23andme, to upload their results and learn more about themselves. For this, impute.me uses a technique called imputation - hence the name!

Lasse has been working on genome wide association studies for over 15 years but in addition to his research in psychiatric conditions, he also runs a website called impute.me that allows people who have already had their DNA sequenced by company like Ancestry or 23andme, to upload their results and learn more about themselves. For this, impute.me uses a technique called imputation - hence the name!

How do we use Genome wide association studies?

In his current work, using genome wide association studies, Lasse is used to analysing a group of people who have a certain trait, like schizophrenia, then comparing them with a large group of other people and working out if certain genes are more frequent in the original group than the control. This allows researchers to deduce if people are more or less likely to exhibit a certain condition because they then know which genes influence your risk.

Lasse agrees that this can sometimes be hard to communicate with people, because there are always other factors that can come into play. Genome wide association studies are really only able to tell you that you have a higher risk than someone else of getting a certain condition and can’t give you a definitive answer about whether or not you’ll actually develop the condition.

Lasse says that every condition can be looked into using genome wide association studies but there are a few conditions that we currently understand better than others; He personally works in research to do with mental disorders, like schizophrenia, which is highly heritable and has a strong genetic component. On the other hand, he also looks into depression which is much less heritable and they haven’t done as much research on in genome wide studies, therefore we can’t say as much based on the study.

What are Polygenic risk scores?

A polygenic risk score, genetic risk score, or genome-wide score, is a number based on variation in multiple genetic loci and their associated weights. It serves as the best prediction for a particular trait or genetic condition because most conditions and traits are influenced by multiple genes and your score is made from looking at all of them. For example, with schizophrenia there are hundreds of genes that may affect your likelihood of developing the condition but each one will only add about 1-2% of risk. The polygenic risk score looks at all the genes you have and don't have and creates a score of your likelihood of developing the condition based on the ‘good’ and ‘bad’ genes you have in those areas. Of course it's not able to accurately tell you that definitely will or will not have a condition, since they are often also influenced by other factors like the environment.

What is impute.me and why was it started?

Lasse discloses that impute me started out as just a personal side-project because of his interest in genetic health. However, since impute.me launched, Lasse realised that he wasn't the only person interested in understanding their own genetics, so he opened it up to anyone who wanted to know more about their DNA.

He started out by just looking into hair colour, which he says is a great example of a polygenic trait because you can be pretty certain that if you have two specific genes you’ll probably have dark hair. However, hair colour is also influenced by multiple genes which affect the shade of colour you have. Dr Patrick Short, our CEO, invites us to think in the same way about other conditions like schizophrenia, where some genes will also mostly affect your risk but there are so many others that influence it too.

Lasse used Kickstarter to raise the funds to start the site, which allows users to upload their sequenced DNA (from companies like Ancestry DNA, 23andme and MyHeritage) and find out more about their genetics for free. It uses the best and most up-to-date science to impute the data and give insightful predictions about health and traits.

In statistics, imputation is the process of replacing missing data with substituted values and in genetics the same principal stands. Imputation was designed to fill in the gaps left by partial genome sequencing, which is what usually happens when you have your DNA tested by direct-to-consumer tests. Using information that we have already, imputation can make assumptions based on your results and your ancestry to fill in the sections of DNA that are missing. Using this new data, impute.me can then provide you with more information about your genetics, that commercial DNA tests don’t offer.

It also standardises the data across the board, regardless of what DNA test you used. Meaning that you can upload your data from 23andme, Ancestry or myHeritage and no matter the results you received from them (which can be wildly different!) impute.me is able to fill in the gaps and make new assumptions based on your data.

A great way of visualising imputation is if you think of your DNA as a book you know really, really well . If someone were to tell you a couple of very crucial parts of the story, then you’d be able to fill in the blanks - this is basically what imputation does for your genome.

Impute.me’s data privacy policy states that they will delete your data within 14 days. Lasse says this is because they only use your data to provide you with the information you want, they don't sell it, save it, store it or share it with anyone, even researchers. He says that he started impute.me out of interest and that’s what he wants it to be used for.

He also goes on to say that although it would be possible to ask people to use their data for research, he says the site simply wouldn't obtain enough data that would be more useful than the UK biobank or any other large stored data that already exists

He implies that by deleting the data, everyone knows where they stand and it simplifies it for him and impute.me’s users. Saving the money on the storage fees is a pretty big bonus too, since the site is completely run on donations.

Keep up to date with Lasse Folkersen

At the moment, Lasse is working on small optimizations to the impute.me experience, he’s also hoping to move from taking 1000 SNP scores to using whole genome scores. So there’s plenty of exciting things ahead for impute.me! To keep up to date, make sure you visit the impute.me website and follow Lasse on social media.

The Utility of Polygenic Risk Scores

Find out about Polygenic Risk Scores, what we use them for and how they are changing the future of healthcare.