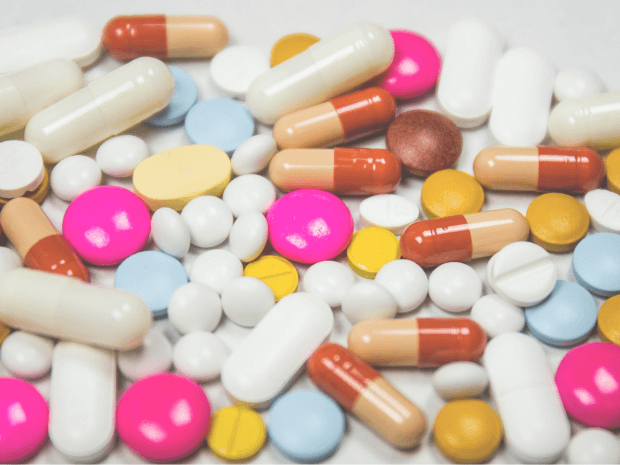 These findings have translated into practical healthcare initiatives and policies in an effort to change the current trial infrastructures and further the development of clinical trials utilising genomics.

These findings have translated into practical healthcare initiatives and policies in an effort to change the current trial infrastructures and further the development of clinical trials utilising genomics.

In March 2018, the FDA published guidance for the sampling and management of Genomic Data, strongly encouraging the use of genomic sample acquisition in all phases and studies of clinical development. In October 2018, NHS England launched the NHS Genomic Medicine Service, as part of the UK government’s long-term plan to leverage genomics to improve the nation’s health and sequence 5 million genomes in the UK over the next 5 years.

To understand how genetics research is unfolding in 2019, we explore some of the latest genomics-based clinical trials taking place and highlight the range of applications of genomics in chronic disease treatments.

Genomics-based clinical trials are most advanced in the treatment of cancer and rare diseases. This is due to the proven benefits of treatments that are designed to target the pathogenic variants causing the diseases. Key findings from the UK 100,000 Genomes Project indicate that “24 subsets of rare disease types and a small number of cancer types have been identified as having a clear benefit for whole genome sequencing (WGS) over current standard tests as part of routine clinical care."

All participants will undergo deep sequencing efforts hypothesised to identify novel ancestry-related DNA variants associated with cardiovascular disorder phenotypes. The findings can then be applied to equip patients with the predisposition to the disease with improved management options for risk factors such as hypertension as well as more targeted treatments. More information about the trial can be found here .

The application of genomics to mental health, with a focus on depression, is proving to be an important and meaningful area of research. Depression affects more than 300 million people worldwide, yet effective drug treatments have been difficult to establish. The Implementing Genomics in Practice (IGNITE): Pragmatic Clinical Trials Network states that “because there are few clinically useful predictors for whether a depression treatment will be successful, patients often struggle to find effective therapies."

IGNITE have launched a study that will focus on pain and depression to support individuals living with these conditions. The trial aims to test whether patients with acute post-surgical pain, chronic pain and depression have better clinical outcomes if pharmacogenomics guide opioid and antidepressant prescriptions. In pharmacogenomics, information about a patient’s genetic makeup helps determine how they will respond to certain drug treatments." Participants will be enrolled into three pharmacogenomics-guided therapy scenarios: acute post-surgical pain, chronic pain, and depression. For each scenario, participants will be randomized to genotype-guided drug therapy versus traditional approaches to therapy. More information about the trial can be found at: here .

Worldwide, around 50 million are affected by dementia but there is no treatment currently available to cure this disease, only alter its progression. Significant research is being undertaken to understand the inherited genetic causes of the disease, in order to treat people earlier and develop new therapies to slow it’s progressive course.

Weill Cornell Medicine in Manhattan have launched a trial for a novel gene therapy that could prevent Alzheimer’s disease, the most common form of dementia. The therapy is offered to individuals with two copies of the inherited, high risk Type 4 APOE gene, often called “the forgetting gene". Research published in the MIT Technology Review states, “APOE comes in three common versions, called 2, 3, and 4. Type 2 lowers a person’s risk, 3 is average, and 4 increases the chance dramatically. The risk is so great that doctors avoid testing people for APOE because a bad result can be upsetting, and there’s nothing to do about it." During the trial, individuals who have already been diagnosed with mild-severe Alzheimer’s, and sequenced to reveal they are APOE4 homozygotes will receive an infusion of the low-risk type 2 gene into their spinal cord. More information about the trial can be found here .

Cancer has been a huge focus in the area of genomics. Not only has genetic sequencing been used to pick up hereditary diseases such as a genetic predisposition for breast cancer. Cancer genome sequencing techniques are being used to classify cancers according to their gene expression profiles. Patients can then be treated with targeted and immune therapies that are most effective for their tumor.

In a recent breakthrough led by Amegn, researchers have developed the first KRASG12C inhibitor to reach the clinical stage. 35 patients have enrolled in the Phase 1, where all but two of those participants have pretreated lung or colorectal cancer and the presence of the KRAS G12C mutation identified by gene sequencing. The KRAS gene is an oncogene, causative for cancers of the lung, pancreas and colon.

The trialing drug, called AMG 510 is designed to bind to the protein produced by the mutated KRAS gene to lock it into an inactive state, stopping division and tumor growth. David Reese, executive vice president of Research and Development at Amegn states, "KRAS has been a target of active exploration in cancer research since it was identified as one of the first oncogenes more than 30 years ago, but it remained undruggable due to a lack of traditional small molecule binding pockets on the protein. AMG 510 seeks to crack the KRAS code by exploiting a previously hidden groove on the protein surface". More information about the trial can be found here .