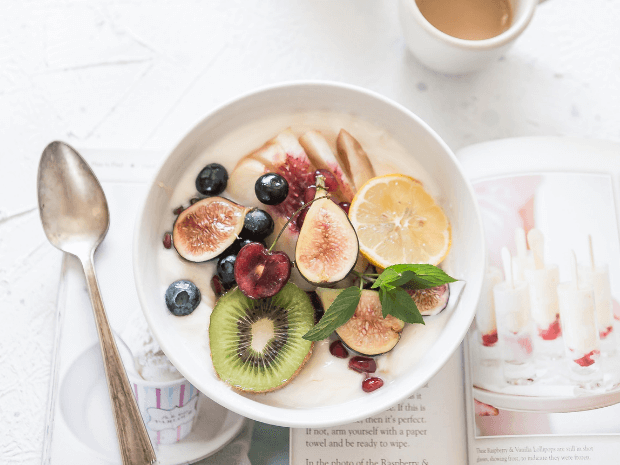 A diet which helps you fit in your genes

In the third installment of our podcast, CEO Dr Patrick Short discusses diet and genetics with Dr Giles Yeo; author of ‘gene eating’ and researcher at the University of Cambridge, studying the genetics underlying obesity and appetite control.

How do genes affect our diet?

In the early stages of his career Dr Yeo worked on rare genetic conditions that affect appetite, such as Prader-Willi syndrome. He now researches more common causes of eating behaviours but says that most appetite altering mutations occur within the leptin melanocortin pathway. Mutations in this area of the brain can be severe enough to cause conditions like Prader-Willi syndrome but even subtle changes in the pathway influence where we sit on the normal distribution of body weight.

Genetics also influence what kind of snacks you prefer - salty, sweet, fatty etc. Giles also explains that there are four different types of human behaviours when it comes to food; to elaborate further, he uses ‘the meeting room scenario’:

There have also been several research studies conducted into genetics and BMI, which show that even when our behaviours are the same, there are other genetic factors that can influence weight gain or loss. Claude Bouchard, for example, used pairs of identical twins who were all fed the same things and completed the same amounts of activity. Within the twin pair, there was no difference in weight gained but when you cross compared both sets of twins, there was a significant difference. Giles agrees that this shows genetics must also be playing a part.

Giles certainly thinks so! In the podcast, he discusses how he thinks we’ll create ‘a little pill that sits in your stomach and monitors’ food intake in the not-so-distant future. He talks about a small device that would work internally to measure your macronutrient content and send the details straight to your phone via bluetooth. It could tell you how much protein, fat, sugar and even the number of calories you’d consumed that day and then, he says, we’ll get far more predictable genetic information and be able to create personalised diets.

There are a few genetic tests on the market at the moment that claim to be able to help create a fitness regime or diet that will fit you best, based on your genes. Patick put this to Dr Yeo and asked whether he believes these kinds of consumer tests actually work and if it’s really possible to create a personalised diet from your genes now.

Giles is almost certain that there’s no way of creating a personalised fitness regime based on your genetics and has even tried doing one of these tests, for argument's sake. He discloses that we simply do not yet know enough about how genes affect physical expenditure and, right now, there’s no way we can prescribe crossfit based on your DNA. He also adds that the DNA test he used only measured about 70 genes - which is not nearly enough information to create a viable conclusion.

What could we do to improve obesity in the west and US?

There is a very uncomfortable association between obesity and those lower on the socio-economic class in the West and the US. This is in contrast to those living in China or India, for example, where the poorer you are the less you have to eat and therefore the thinner you are. Privilege comes in three different flavors; money, time and food literacy. Giles believes that if we could fix this unfair skew of privilege then we would be well on our way to a healthier society.

This may be easier said than done but he did have some suggestions to get us started. Firstly, convincing companies to make food healthier, show them that it is in their best interest to keep us healthier so we’ll live longer and inevitably spend more money with them. We should raise awareness about how higher taxations disproportionately affect the poor and also, change shop layouts to reduce temptation. We really shouldn’t have to walk through the snack aisle to buy a pen or some paracetamol. We should go into a shop and choose to buy sweets or chocolate… or a pen or some paracetamol, it shouldn’t be mixed.

You can keep up to date with Dr Giles Yeo on Twitter @GilesYeo, Instagram @GilesYeo and of course, you can purchase his new book ‘Gene Eating’ on Amazon or in bookstores.

Dr Sonya Abraham on biologics, arthritis and the gut microbiome

This week we had the pleasure of hosting Dr Sonya Abraham, a researcher from Imperial College London, on our genetics podcast.

What one man learned from doing over 300 DNA tests

Craig Macpherson is possibly the most genotyped man in the world. We invited him to join us for the second installment of our podcast, to talk to him about his site: DNA testing choice, and to learn what he discovered from doing over 300 DNA tests.