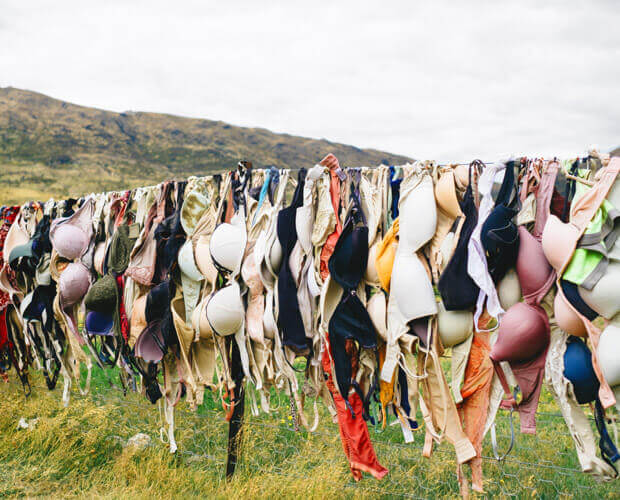 How they have changed the way we understand breast cancer

The story behind the BRCA mutations

The development of gene sequencing technology and gene amplification has enabled the unprecedented rapid identification of genes associated with cancer. Some of these genes are inherited at birth and predispose people to cancer. The story of two of these genes named BRCA1 and BRCA2 is notable, newsworthy, and controversial.

The story behind the BRCA mutations

The development of gene sequencing technology and gene amplification has enabled the unprecedented rapid identification of genes associated with cancer. Some of these genes are inherited at birth and predispose people to cancer. The story of two of these genes named BRCA1 and BRCA2 is notable, newsworthy, and controversial.

While everyone has the BRCA1/2 genes, some forms of these genes can increase the risk of breast and ovarian cancer (BRCA stands for BReast CAncer). Attempts to patent BRCA1/2 served as a monumental test of the role of private companies and their ownership over genetic information.

After implicating BRCA1/2 variations with cancer risk, researchers identified how these genes work: BRCA genes repair DNA damage. If the BRCA genes do not work properly, then DNA damage can accumulate and lead to cancer. Since BRCA genes prevent cancer, they are known as tumour suppressors. Tumour suppressors can be deactivated by any number of mutations. Some mutations in tumour suppressors are benign and do not affect its function. Others are more debilitating and entirely abolish its function. Depending on the nature of the mutation, some BRCA1/2 mutations either confer a mild or no predisposition to cancer while others can confer a major risk (approximately a 50–60% lifetime risk).

With the aid of data that has accumulated on BRCA1/2 mutations, clinicians are able to relay the risk to patients. Patients can then be informed to make decisions based on the clinicians’ assessments. Famously, Angelina Jolie had a severe mutation in BRCA1 that carried a higher risk of breast cancer. To subvert this risk, she underwent a prophylactic double mastectomy.

At the time of Ms. Jolie’s diagnosis, only one company was legally able to assess BRCA1/2 mutations in the U.S. — Myriad Genetics. From 1994 to 1998, Myriad Genetics filed patents to cover the exclusive right to control all research and diagnostics involving BRCA1/2. These patents were not without controversy as these were some of the earliest attempts to patent a gene. As a result of these patents, patients and clinicians must purchase the diagnostic BRCA mutation analysis service Myriad Genetics offered, “BRCAnalysis.” Furthermore, patient data collected while performing these tests were controlled by Myriad Genetics.

For the next 15 years, legal battles were waged over the legality of the patents.

Against these patents were the American Civil Liberties, the Public Patent Foundation, and the Association for Molecular Pathology. These groups argued that genes are a product of nature and therefore not patentable. Opposing these arguments, Myriad Genetics and its allies countered that patenting of scientific findings is a long tradition and that preventing these patents would stifle future scientific research.

Myriad Genetics was able to maintain their patent and in the meantime collect new data on the BRCA1/2 genes. The BRCA1/2 genes are very large, the protein products of which are approximately 220 and 380 kilodaltons while most other protein products are less than 100 kilodaltons. Because of their size and nature, they can carry a diversity of mutations which each confer its own risk. Since Myriad Genetics were the sole proprietors of BRCA sequencing, they were able to collect incredible amounts of data on these genes, during which they charged patients over $4000 per assay (a tiny fraction of which is actual materials cost). Myriad Genetics used the data they collected to refine risk assessments of BRCA1/2 mutations. Once collected, this data was owned by Myriad Genetics and entirely out of the hands of the patients.

Myriad Genetics’ hold on BRCA1/2 was loosened, however, in 2013 when the U.S. Supreme Court ruled, in Association for Molecular Pathology v. Myriad Genetics, that “genes and the information they encode are not patent eligible”. During the case, Myriad Genetics argued that one of their patents does not cover the genes themselves, but analysis of these genes. The Supreme Court ruled against Myriad Genetics on this matter as well, stating that this technique is “well understood” and widely used. Indeed, isolation and sequencing of DNA is one of the most basic molecular biology techniques and of which undergraduates learn in teaching labs.

Despite the loss of Myriad Genetics in this case, the company still maintains control of the data and massive resources they have accumulated over the years. The story of BRCA paves the way for governments to loosen the control of private industry over patient data.

What remains to be seen is what level of control patients will ultimately have over their own genetic information.

As researchers in genomics, we know that access to personal genetic data is the first step towards precision medicine but that many people are concerned about data protection. So, Sano's mission is to build a user-centric research platform, so you always own your genetic data. Click below to join the community.
Sign Up

Genetics and the contraceptive pill

Can side-effects be predicted and contraception personalised?